This article has been written by Film historian, Author and our mentor Arunkumar Deshmukh ji. We thank him for writing this article.

In the early cinema , men with a large muscular body and wrestlers were recruited as actors to do fight scenes. Therefore, in the cast of Silent films and early Talkie films, one would find names as Baburao Pehalwan, Vasantrao Pehalwan, Marutirao Pehelwan, Nandram Pehalwan, Habib Ustad Pehalwan, Hercules, Gama, King Kong, Sandow etc etc. There was one actor- Raja Sandow who not only worked in Stunt silent and Talkie films but also social films. He even directed some films in Tamil. Today, let us know more about this extraordinary actor.
Raja Sandow (born P. K. Nagalingam) was an Indian film actor, film director and producer. He began his career as an actor in silent films and later became a prominent actor and director in Tamil and Hindi films of the 1930s. He is considered to be one of the pioneers of early Indian cinema. 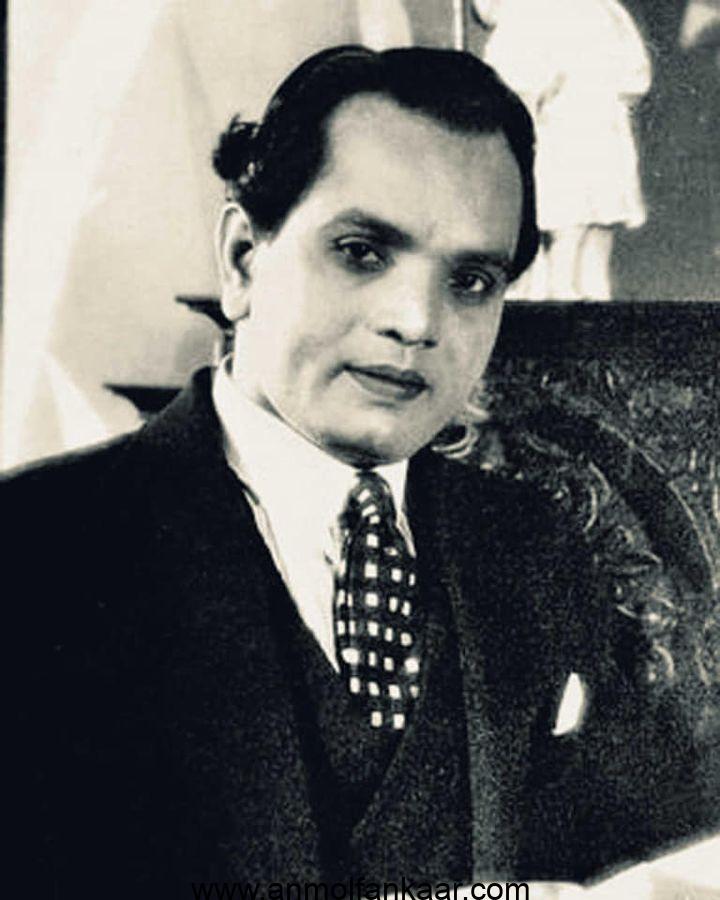 Raja Sandow was born on 10-6-1894 in Pudukottai, Tamil Nadu. He was trained as a gymnast and started his film career as a stunt actor in S.N. Patankar’s National Film Company at Bombay. He was given the name “Raja Sandow” because of his physique (after strongman Eugen Sandow). His first lead role was in Patankar’s Bhakta Bodana (1922), for which he was paid Rs. 101 as salary. A passionate gymnast, he started his career as a stunt actor in S.N. Patankar’s National Film (1922). Top star at Kohinoor and its associate Laxmi Pics (1922-8) under Manilal Joshi (Mojili Mumbai), R.S. Choudhury and Homi Master. Achieved fame when he formed a trio with director Chandulal Shah and heroine Gohar starting Jagdish Film with them (1928) and its successor, Ranjit Film (1929-36). Sandow’s star image in reformist melodramas, playing complex psychological characters opposite Gohar, was launched with Gunsundari and extended in several classic ‘negative’ roles in Shah-Gohar sound films, e.g. Desh Dasi, Prabhu Ka Pyara and Barrister’s Wife. Other noted roles include Indira MA where he plays Kishore. 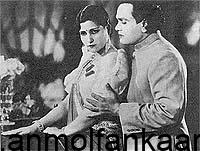 He became famous by starring in silent films like Veer Bhimsen (1923), The Telephone Girl (1926). After acting in a few silent films he also worked as a director in Ranjit Studios for a monthly salary. His first film as director was Sneh Jyoti (1928).

Returning to Tamil Nadu, he directed and acted in a number of silent films for T. Padmanabhan’s Associate Film Company. Many of his silent films had reformist social themes like Pennum pennum (1930), Nandanar (1930), Anadhai Penn (1931), Pride of Hindustan (1931) and sathi usha sundari (1931). After talking films were introduced with Alam Ara in 1931, he went back to Bombay and starred in many Hindi and Tamil talkies. He was often paired with the actresses Gohar and Sulochana (Ruby Myers). Between 1932–35, he acted in many socially themed Hindi films like Shyam sundar (1932), Devaki (1934) and Indira MA (1935). In 1935, he was commissioned to direct his first Tamil film Menaka and returned to Madras. He continued directing and acting in films till his death in 1943. Vasantha Sena(1936), Chalak Chor (1936), Chandrakanta (1936), Vishnuleela (1938), Thiruneelakantar (1939) and Choodamani (1941) were some of the films he directed and starred in during that period. The last film he worked in was Sivakavi (1943). Sandow suffered a heart attack and died at Coimbatore on 25 November 1943. He was survived by his wife Leelabai and one Son.

Sandow was the first Tamil film director to adopt the practice of using names of actors in film titles. He was the first to introduce intimate kissing scenes and dancers in revealing costumes to the then conservative Tamil film industry. He was also the first director and producer to move Tamil cinema from remaking mythological stories and into making social themed films. He even advertised his films as “Don’t miss to see your own picture”. Sandow was also the first director to use Tamil literary works for films by directing Anadhai penn in 1931 based on Vai. Mu. Kothainayagi Ammal’s novel of the same name.

Writing about Sandow, film historian Theodore Baskaran says: “As a director, actor, scriptwriter and producer, his contribution to Tamil cinema is significant. Many of the stars of the Forties and Fifties have worked with him. He was very competent at coaching actors and maintained complete control over his films. He was a martinet on the sets and was often compared to a ringmaster in a circus. In his films, the emphasis shifted from songs to the spoken word.”

Film historian Randor Guy has also described him as a tough task master: “Raja Sandow was a tough and no-nonsense guy who would not hesitate to shout at and slap his crew and cast including women! Regretfully there are no such directors these days!.”

The Tamil Nadu Government has instituted an annual award in his name called Raja Sandow memorial Award, given for outstanding services to Tamil Cinema. A Postage stamp had been issued in recognition of his contributions to Indian cinema.

An extraordinary point. Raja Sandow was so popular during the Silent era and early Talkie period, that even after his death on 25-11-1943 at Coimbatore, his film shots and leftover films were used in 5 films till 1953-that is till 10 years after his death. Even his name appeared in the film cast and credits ! I feel this is an exclusive honour, which I have never heard of in case of any other actor. The films using his shots in them were Dhoomketu-49, Alladin and Wonderful lamp-52, Jungle ka Jawahar-52, Nav Durga-53 and  Husn ka chor-53. This information is given in The Encyclopedia of Indian Cinema. A total of 5 Hindi films and over a dozen Tamil films featured Raja Sandow in their films till 1960 ! This is because this legend of stunt films was so popular that his film shots were used again in different films for over a decade as a member of the film cast. This must be unique in the world.

(Thanks for information from wiki, The Encyclopedia of Indian Cinema, Atit ke sitare by Nand kishore, Beete kal ke sitare by Tamrakar, muVyz, CITWF, HFGK and my notes)